Causes of Improvement in Manufacturing Capability

The following are some causes of improved manufacturing capability:

3. Grants and loans from foreign countries.

4. Investment in tools and machinery to increase future output.

5.Research and development to find better methods of production.

If the manufacturing capability of a country grows for any reason (the addition of new workers, for example), it will be able to produce more goods and services. This will be reflected in a new PPC. The following diagram shows the new curve, A1 D1 which appears above AD, the original border.

Improvements in one Product Results in New Production Possibilities Curve

Sometimes, a country improves its ability to manufacture only one product. If we assume that Country A develops a new type of oven that enables it to bake 1,300 loaves of bread, but this allows for if no guns to be produced. This again generates a new Production Possibilities Curve (curve A1D), which is illustrated in the diagram. All portions of the production possibilities curve have improved, except at Point D. The new oven allows Country A to bake the same quantity of bread using fewer workers. The excess workers who previously baked can now transfer to gun production. 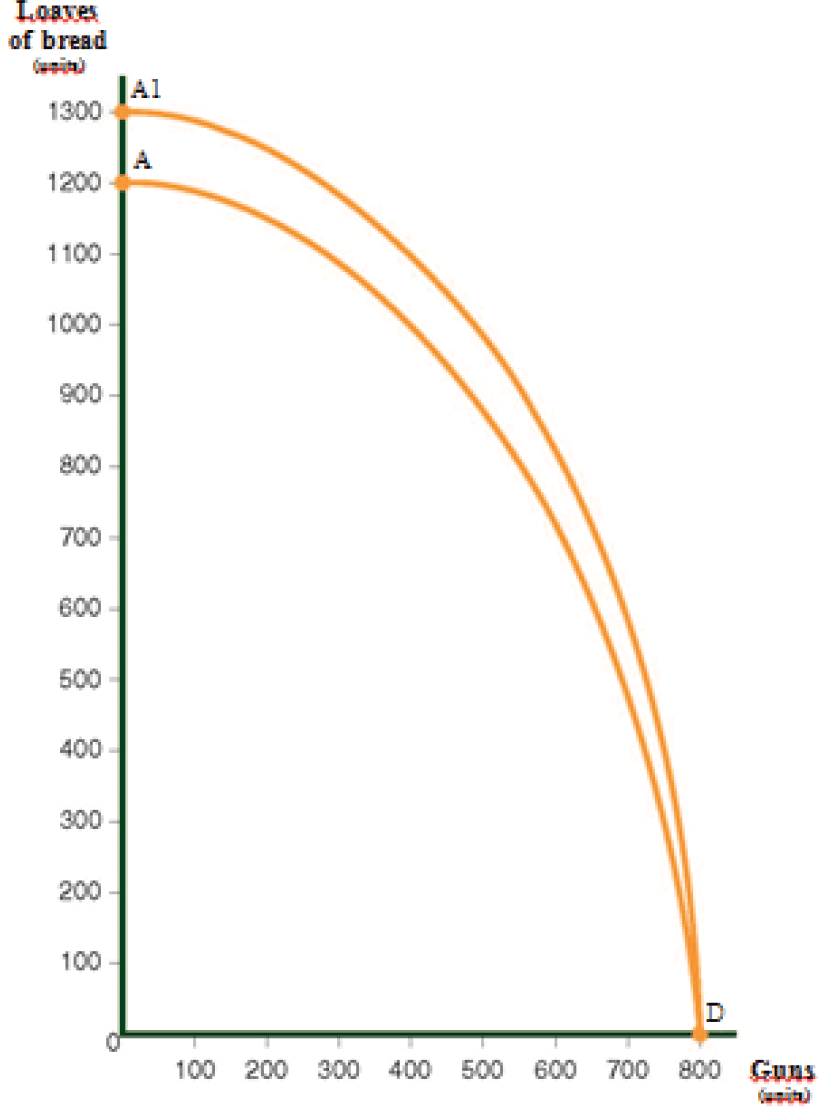